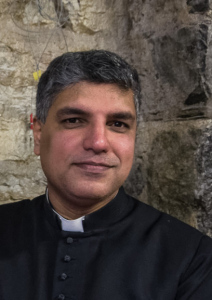 By Will Jones, Rebel Priest:

Dr Gomes, who edits the Rebel Priest media website, was due to speak on Thursday on the subject of ‘Feminism was women’s great enemy—until transgenderism came along’.

The lecture had been booked for months, the publicity had been done and video-filming arranged for the venue. Cancelling the booking at this short notice, two days before the event, left organisers with very little time to find a new venue, meaning the public lecture could not go ahead at all.

Such are the threats to freedom of speech in Britain from violent left-wing activists that there were already additional security arrangements in place and Dr Gomes had been warned to bring a change of clothes in case someone ‘milkshaked’ him.

Diversity evidently does not include this speaker and his views – despite Dr Gomes being a scholar of Indian origin with a doctorate from Cambridge.